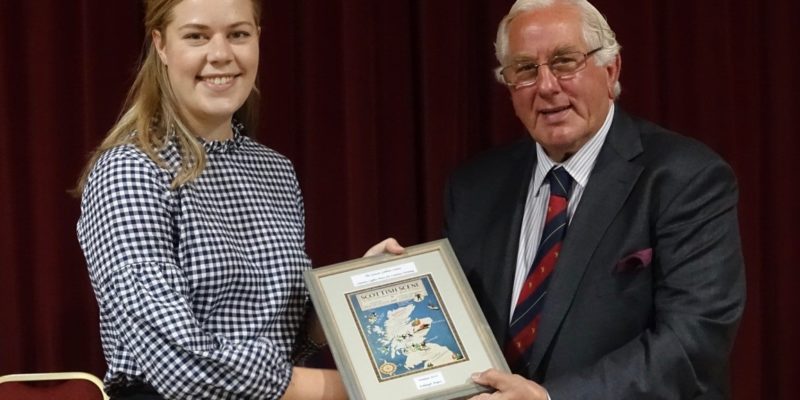 ‘…the truth, and the only truth that there was, that only the sky and the seasons endured, slow in their change, the cry of the rain, the whistle of the whins on a winter night under the sailing edge of the moon…’

This summer, in association with the Lewis Grassic Gibbon Centre, the University of Aberdeen hosted the second Literary Lights Creative Writing competition.

Lewis Grassic Gibbon, one of the twentieth century’s greatest writers, was profoundly shaped by the landscape, language and culture of his native north east of Scotland. A deep and lifelong preoccupation with time and change is at the heart of all his finest works and this competition celebrates that legacy.

The competition invited entries in either prose fiction or creative non-fiction that address in some way the themes of time and change from students at the University of Aberdeen. Ashleigh Angus won first prize for her work titled “Unknown, Unknown, death c. 1629”. Ashleigh is an Aberdeen-Curtin Collaborative PhD student from Perth, Western Australia and her research explores how Orcadian women accused of witchcraft may have constructed fairy legends to articulate their fears and desires.

The judges said that the winning piece was

“a visceral recreation of the institutionalised inhumanity of a witch-burning in Orkney in the 17th century that shocks us out of our contemporary complacencies by its vividly immersive powers of description.”.

Ashleigh Angus said, “My piece was inspired by an entry in the Scottish Survey of Witchcraft, an online database which records the names and trial details of accused witches throughout Scotland.  In the section on Orkney, one witch is listed as Unknown, Unknown, executed 1629. I was inspired by this unidentified figure, as well as the fact that in Orkney today, on the hill where those accused of witchcraft were strangled and burnt, all those murdered men and women remain nameless. There is no plaque or memorial for those executed. My story begins on this hill in the present day, before propelling the reader back to 1629, when the execution of the unnamed witch is taking place. In doing so, the present state of the hill, with its quaint garden and pink flowers, is contrasted against the horrific events which occurred on it in the 1600s. The piece aims to exploit the failure to recognise Orkney’s history by shocking the reader with the past’s harsh reality.”

For further information on Creative Writing in the alliance, please see link below,