Skip to content
You are here: Blog > Research activity > Health sciences and medicine

The application deadline is 10 January 2019 and start date for projects is April 2019.

Collaborative PhD projects underway in the field of health sciences and medicine.

“The bacteria Campylobater jejuni is one of the leading causes of foodborne illness around the globe. My research aims to create a computer simulation of the bacteria, in conditions mimicking those of the food industry, so as to develop practices that prevent contamination and the spread of infection.

The Aberdeen-Curtin Alliance has provided me with the combined expertise of a supervisor from each university, and this great mix definitely enriches the value of my project. Furthermore, as a wide range of research is conducted at each institution, I’ve been provided access to many materials and resources.” 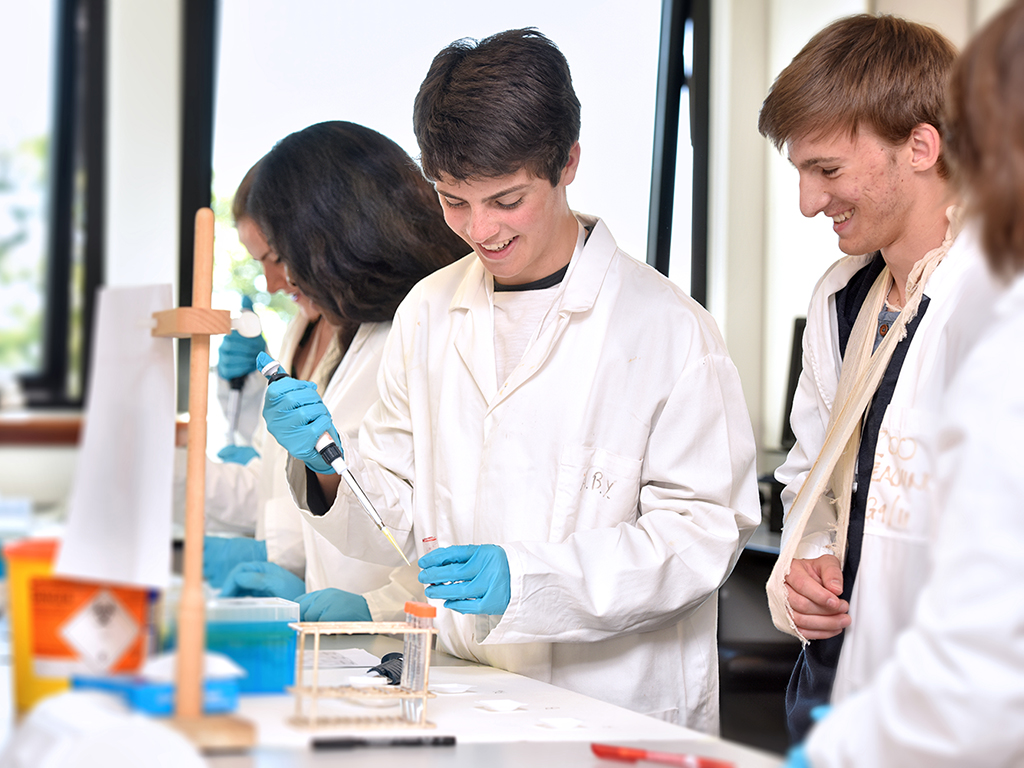 Topic overview: Campylobacter jejuni is one of the leading causes of bacterial gastrointestinal food-borne infection worldwide. Common symptoms associated with this pathogen range from diarrhea, fever and abdominal pain to more serious neuropathies such as Guillain-Barre and Miller-Fisher syndromes. These pathogens are widely spread in the environment and biofilm formation has been suggested to play a significant role in their survival. The project will investigate both structural aspects of C. jejuni biofilms and the extent to which they contribute to the dispersal of cells. Data will be generated using in vitro systems for growing C. jejuni biofilms in both monoculture and together with Pseudomonas aeruginosa. Biofilm formation will be initiated under a range of conditions including under different atmospheres, at different temperatures, on different surfaces and under both flowing and static conditions. A multi-scale modelling approach will be used to capture scale-dependent features of biofilm growth and describe observations made with experimental techniques at different scales. This will be achieved using individual-based models and spatial evolutionary games. On the one hand, individual-based models provide a detailed description of biofilm formation at the level of individual cells. On the other hand, spatial evolutionary games provide a coarser description of the system which will allow us to explore phenomena occurring at larger scales which are unreachable by individual-based models. The combined data generated and the models will synergistically result in a better understanding of the role played by C. jejuni biofilms in the contribution of this pathogen to public health issues.

The role of macromolecular crowding in protein translation

Topic overview: During translation, amino acids are brought to the ribosome by transfer RNA (tRNA) molecules through a diffusive process. Consequently the time that a ribosome spends at a specific codon is mainly determined by the time that the cognate tRNA needs to arrive, ultimately governing the speed at which the ribosome can advance along the mRNA and, therefore, the rate at which the specific protein is produced. Mathematical models of the process of translation represent mRNA as a one-dimensional lattice, with each site of the lattice representing a codon of the mRNA. Ribosomes are represented as particles that can bind to the lattice, hop stochastically along the lattice, and hop off the lattice at the last site, all at different rates. The internal mechanochemical cycle of the ribosome and the fact that all mRNAs in the cell share the same pool of main translation resources, such as tRNAs and ribosomes, is also considered. These models, however, neglect to incorporate the effect that the crowded environment in the cell cytoplasm has on the diffusion of tRNAs to the ribosomes. As a consequence, normal diffusion assumptions underlying the estimation of average waiting times associated to each codon are not valid in general, and it remains largely unclear how the control of timing of protein synthesis and regulation of protein production rates are affected. Increasing our ability to accurately model the underlying mechanisms that govern translation dynamics will impact the use of recombinant gene expression in biotechnology to produce a range of therapeutic agents as well as our understanding of certain diseases arising from malfunctioning of the regulation mechanisms of translation. This project will focus on how to describe the hopping rates along the mRNA in a more accurate manner: since tRNAs cannot freely diffuse in the cytoplasm, the average time spent by a ribosome on a codon cannot be assumed to be proportional to the corresponding tRNA concentration. Molecular dynamics and Brownian simulations of the effects of macromolecular crowding on the diffusion of tRNAs will improve the modelling of hopping rates, going beyond the oversimplified assumption that they are constant and proportional to tRNA abundance.

After completing primary breast cancer treatment patients enter structured follow-up aiming to detect cancer recurrence. This typically consists of scheduled hospital appointments with secondary care specialists. As the number of people surviving breast cancer grows, the cost of follow-up increases. Patients’ investment on health (monetary and non-monetary) after a cancer shock determines how they rebalance their health, work and social life after treatment. The joint effect of health and labour participation may further influence patients’ preference for healthcare, and their physical and psychosocial wellbeing. There is growing evidence that many cancer survivors have unmet practical, physical and psychological needs.  Little is known about what breast cancer survivors want for their follow-up care, nor what determines workforce participation (and subsequent impact on health and wellbeing). This PhD will take a mixed methods approach to address such issues, using qualitative research methods, secondary data sets and discrete choice modelling.